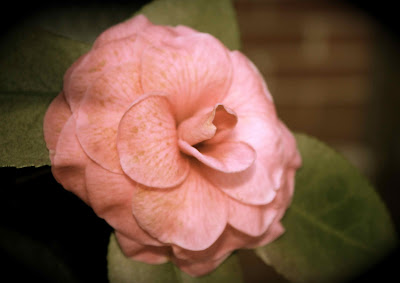 I love lush flowering gardens. But I do not have a good track record with growing things. I forget to water.
I also have perfectionistic tendencies. I’m a bit all-or-nothing-ish. I salivate over cottage gardens in Southern Living. I have nearly been run over while absentmindedly strolling through old neighborhoods. The ones with ginormous maple trees and perennials as old as I am. The ones with ivy climbing the aged brick walls.
As I’ve mentioned, I live in a little vinyl-sided neighborhood that’s sort of in the country. Our yard was formerly a field. Actually, it still is.
And because I don’t know how to grow maples overnight and cultivate cottage gardens, I do nothing. Or at least I did.
But times, they are a changin’.
No more excuses.
I have 3 kids. I homeschool.
I have laundry and dishes and cooking. No time for gardening.
I don’t have a green thumb.
I don’t have a landscaping budget.
Enough.
I’ve been weeding. Turns out that I love it. Something about getting at the root of something and yanking it out that’s gratifying.
I’ve planted dozens of free bulbs and tubers that a friend gave me for free.
I’ve dug a few little beds.
I’ve squealed with delight upon finding a fat juicy worm to show the kids.
The laundry can wait but as my gardening friend says, “The soil is dying to produce!”
Just today, I spent hours outside weeding and watering and planting. The older kids rode bikes around me and Cupcake helped out by eating excess potting soil.
My little plot of former field isn’t exactly pretty yet. Southern Living has not come calling.
But better to bloom late than not at all.
………………………………………………….
Stay tuned for a post later this week on painted pots. Cheap, tacky plastic pots were no match for me and my spray paint.
This post is part of Emily’s Tuesdays Unwrapped. Check it out.