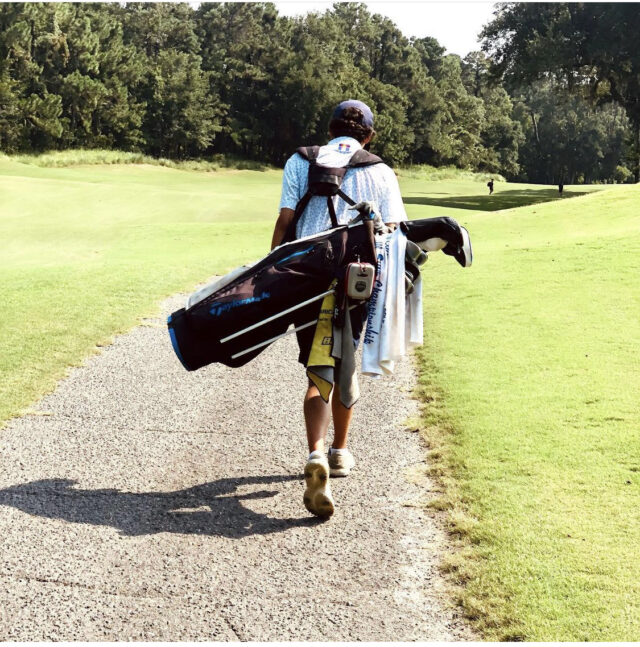 Summer of 2021 has already folded itself inside the invisible treasure chest that a mother stores within her.

It was a summer of risk-taking & inside jokes, of mothering & connection. I am exhausted and I wouldn’t trade a second of it.

My oldest son is 17. He’s the middle child, sandwiched between a big sister who’s no shrinking violet, & a charming little brother who’s 4 years younger. Most things have come easily for this middle one—school, friends, navigating life. If “the squeaky wheel gets the grease,” he’s the one without smudges. Which also means he’s probably gotten the least attention over the years.

But this summer the two of us burned up the interstate, woke to early alarms, scavenged for decent breakfasts, rinsed the sweat from our faces in golf course clubhouses, & treated ourselves to a few steak dinners, suitable for both celebration & for consolation. 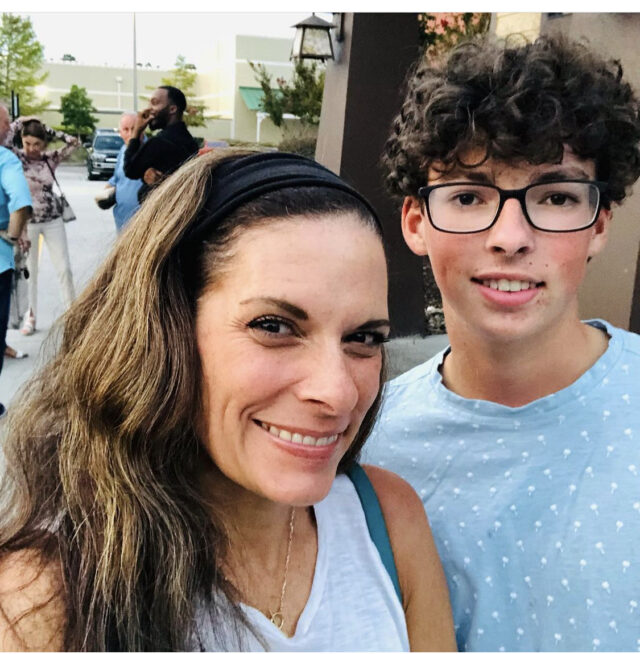 This summer I had the privilege of walking alongside him, 18 holes at time, with a cooler strapped to my back & a sweat-stained scorecard in my pocket. We don’t know whether the time, energy, & resources will bear fruit in the way he hopes. He played some of the best golf of his life, including his lowest score ever. He also played rounds we’d all like to forget, & a qualifier 4 hours away where he pulled a shoulder muscle during warmup & had to withdraw after 9 holes.

This is golf. Equal parts exhilarating & soul-crushing. Sounds a lot like parenthood, doesn’t it?

At the beginning of summer, my sister & I were running on the beach & she asked what our summer looked like. “A lot of golf,” I said. “And it feels like such a risk.” She told me that regardless of outcomes, it would still be a gift because of the time I’d get with my son. It has been exactly that.

I’m so proud of him—his perseverance & resilience. His ability to self-reflect & know what needs work. His acceptance that there are no short-cuts; it’s a long game if ever there was one. Kids will teach you a thing or two if you’ll let them.

This summer showed me that sometimes the dream you think you’re chasing might also be the gateway God uses to bestow better & lasting gifts.