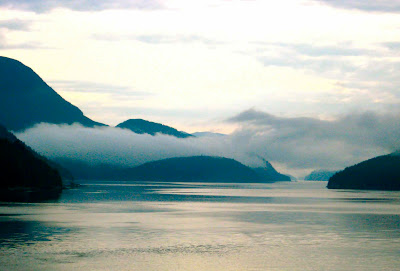 What are your dreams?

That’s what he asked me on a cold, crisp, starry night 18 years ago. We were in Colorado for cross-country camp, a two-week trip where we trained in high altitudes and ran up the sides of mountains. We’d been friends for two years already, but that night, teetering on the edge in so many ways, we ventured into something more.
We shared our dreams under black-blue sky and dazzling stars. It seemed magical then and it seems no less magical now.
He was the first one I dared to really dream with.
We talked about God, shared our hopes, who we thought we were, who we hoped to become.
It’s an intensely vulnerable thing to do. I still can’t believe we had that conversation before we were even officially dating. He’s not like that, not one to open up and share so freely with another. Maybe it was the high altitude. Or maybe we could simply see ourselves inhabiting one another’s future.
Years went by. Plans detoured and derailed. Babies arrived. Money was tight and the future was uncertain.
Somewhere along the way, we stopped dreaming and focused on surviving. Dreaming seemed a luxury and I dismissed those early conversations as childish fantasy. What did we know about real life? We were 20, idealistic and full of hope, but not realistic.
We’ve traversed mountains, valleys, and everything in between since then. Defeat, despair, restoration, and redemption have journeyed with us.
And for the second time in 18 years, we’re dreaming again.
A while back we were talking late in bed about the deep and the real, our past and the future. This time it was my turn:
What are your dreams? What would you do if you could do anything? If the money was plentiful no matter what, what would you choose?
I thought I knew what his answer would be. Turns out I was wrong. His answer surprised me. We giggled over possibilities, dreamed about what ifs. I told him that I’ll dream with him, that he has my support 100%, that I think he’d be amazing at his dreamed-up thing.
Several days later he told me how that conversation changed everything for him, that any sort of change now seems less frightful and more realistic. The future became less of a scary unknown so let’s play it safe. The future is a hopeful unknown so let’s dare to dream.
Because ultimately our trust isn’t in one another or in some 20-year plan. It’s in the One who brought us together and who has sustained us through the dark and ugly, dreamless years. Dreaming is better when you know you’re not the ones responsible for getting the stars lined up just perfectly and “making it all happen.”
Entertaining possibility isn’t as nerve-wracking when you know that whatever happens, wherever you go, God is still there. Dreams fulfilled? He’s there. Dreams dashed? He’s there. Often I have to remind myself that He never leaves or forsakes. He is always the safety net. He is always our hope.
He makes it safe to dream and He invites us to discover.
Maybe it’s been a while, years even, since you dreamed together. Perhaps now is the perfect opportunity to dabble in fanciful hope. Ask him what his dreams are. You may be surprised at his answer. You may even be surprised at yours.
Dreaming together isn’t entirely about the destination. It’s about the intimacy forged in imagination.
Go dream together…and see what happens.