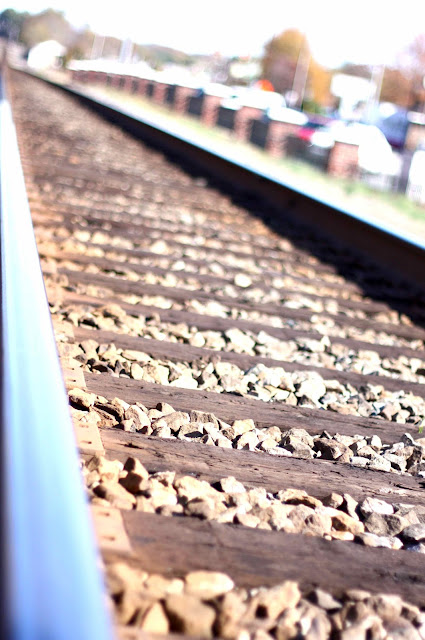 A couple of years ago I read A Million Miles in a Thousand Years by Donald Miller. It chronicles Miller’s own journey toward making his life a “meaningful narrative.”

The book made me think quite a lot about “living a good story” and I wondered what that would look like for me. For Miller, it meant facing his past and his fears and moving toward the future with intentionality and fortitude. But at the time, I didn’t feel like I was really facing anything except stacks of dishes and unfolded laundry.

Oh I had a story or two under my belt. I had slogged through adversity a few years prior and walked some roads I never thought I’d walk. But all of that was behind me and life had settled into quasi-stability and predictability. Which was just fine. I was tired of the roller-coaster and exhaustion that suffering brings.

I should have fastened my seatbelt. One should be careful when wishing for a better story.

Many chapters have been written in my life’s pages since I read Miller’s book. And I’m captivated by the idea of living a good story more now than ever before.

Last week a friend came over for coffee and we shared bits of our lives, excerpts from our stories. We’re in different life stages and I want to be her when I grow up, not because she’s perfect but because she’s real and beautiful, a sufferer and a survivor, an encourager and a story-teller.

My friend spoke of her own dark days and the ones that still linger. We discussed the irony of suffering, how we avoid it at all costs and yet we’d never change back into the person we were before the trials came.

So how’d you get there? she asked me.

And I told her.

Unlike Miller, I didn’t choose to reinvent myself or edit my life into a meaningful narrative. But I was reinvented, and that’s the story I shared with my friend.

The two of us cried and laughed and prayed. I called my husband after she left and told him how much I loved him, how telling even just the bare bones version of our busted-up story made me want to fall on my knees and thank God for redeeming, well, everything.

Often I’ve wondered how a girl like me ended up living such a crazy life, how a young woman who desperately wanted to be a mother {and just knew she’d be good at it} would end up feeling like a failure on her very first day of motherhood {and nearly every day thereafter}, how a committed couple like us ended up getting it so wrong before things finally started to turn right. I’ve wondered how the turmoil and battles and demons we each fought did not destroy us entirely.

But those are not the wonders which leave me dead in my tracks. No. The greatest wonder of all is that a loving and good God spared us and breathed new life into us by allowing the idols of our hearts, the “good” things we wanted to glory in the most–success and stability, parenthood and marriage, righteousness and accolades–crumble at our feet so that we had nothing left to glory in but God alone and his unending grace.

We have taken journeys, together and individually, that led us far away from home but we have not returned unchanged. I’ve written about it some, but when my story is also someone else’s story and his story is also my story, well, it makes the telling careful and delicate.

And as if all of these thoughts and talks about story weren’t enough, I heard something on my Saturday morning run that nearly put me over the edge. I was listening to a Tim Keller sermon called “Resting Grace.” It’s about how the Gospel transforms character. Keller argues that technique and New Year’s resolutions don’t change our character, not in a “holistic and organic” sense. True transformation, true greatness, happens when we enter into the Story over and over again.

This is what he says:

Every adventure story goes like this: Some ordinary person, kind of going along in life, and suddenly something comes in and takes them to another time or to another planet or to another dimension or to a far, faraway land and they get caught up in some big story. And that big story has heroes and villains and evil forces and there’s always some incredible conflict and at the last minute somebody usually sacrifices their life and snatches victory out of the jaws of defeat and everyone is saved.

And then they come back home. They come back to their present time….and their character’s different. They’re never the same. Why? They’re braver, they’re sweeter, they’re happier, they’re more easily moved. They’re more noble. They become great. Why? Nothing tempts them now because they’ve seen high beauty, so celebrity and sex and money can’t hold a candle to it… And nothing bores them now because someone {remember at the end of Saving Private Ryan?) sacrificed, somebody gave their life so that they can be saved and now every second is precious… And nothing scares them now because they’ve seen greater evil and they’ve faced it down.

There’s a greatness about their life. Why? Because they’re living every day in light of that bigger story. They’ve come from a bigger story into their daily life and they remember it. Their minds are set on that. And so they move through their life with greatness and that’s the only way for you or for anybody to become people of greatness–kind people, forgiving people, peaceful people, joyful people, noble people, courageous people. That’s how it’s done. It’s not done through technique or New Year’s resolutions. You have to think that ‘I was part of this incredible, heroic story and now I’m back and I’ll never be the same again.’ And that’s what it means to be a Christian. A Christian is somebody who’s come back.

My story hasn’t been epic enough that I’m never bored and never tempted and never scared. No mere mortal will fully characterize those never’s until Heaven. But I know I’m progressing through my own story in ways that matter. Why? Because I am less bored and less tempted and less scared than I once was.

I am beginning to think and live as one who has come back.

And by “beginning” I do mean just-barely-taking-baby-steps-sort-of-beginning. But trinkets and distractions, career and compliments, know-how and getting it right…they all matter less, so much less than they once did. I cried as Keller talked about story because I’ve lived a bit of this now and I know he’s right: You don’t come back unchanged.

But it’s not always ticker-tape and Disney vacations when you return. You may be battered and bruised for a while or even a lifetime. Some scars never fully fade away for good. But is there sacred purpose for our scars within our own stories and in the stories of those we influence? Even Jesus kept his scars after he was raised to life. It’s one of the ways others knew He was real.

And maybe that’s how the world knows we’re real. They can see our scars. But they can also see that we’ve been given new life.

At times the everyday can still seem non-descript. When I’m not dangling off a cliff or feeling like a desperate damsel in distress {figuratively of course}, it’s easy to forget that I’m living a story. Laundry has a way of keeping me woefully ordinary.

I am not now, nor have I ever been, famous or influential or immortalized in any significant way. But I have caught a glimpse of “high-beauty.” I’ve tasted redemption first-hand. I know what it’s like to have been snatched from the jaws of death and defeat. These things are true of my own narrative and they are most certainly true of the ultimate Story, the one Keller refers to, the one we have to set our minds on again and again. That’s where the transformation, the “greatness” comes from.

Every day is a page, failures and victories writing themselves into chapters that chronicle a story I realize I’m not really authoring but that I am really living, laundry and all.

……………………..
When I read this post of Emily Freeman’s, I knew it was a divine invitation to scribble down all of these percolating thoughts about story and suffering and change. This post is linked up with some other folks’ stuff about living a good story at Prodigal Magazine. Join us?