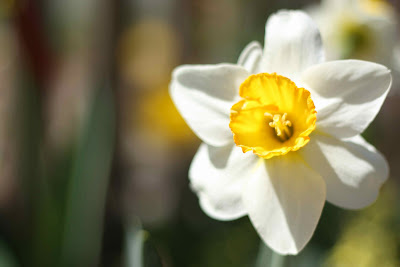 Stories like this one make me want to sing. I watched it on the Today Show and couldn’t stop smiling.

Most of us aren’t brave enough to look ourselves in the soul and stamp our God-given imprints on the world in the risky way that this guy did. Maybe that’s why I’m captivated by those who face the fear and follow a dream. It involves everything uncomfortable: risk and craziness and vulnerability.

Some say it’s indulgent and silly and irresponsible, following your dreams and all. Sometimes it is. And sometimes that’s the winning combination: One part knowing yourself {“indulgent”} plus one part doing what most people wouldn’t dare {“silly”} plus one part risking quite a lot to gift the world in a way only you can {“irresponsible.”}

In the case of the pizza guy on the Today Show, he lost his job, took a big risk, followed desire, and next thing you know he’s being interviewed by Jane Pauley and bringing tears to the eyes of a suburban housewife as she folds laundry.

But can desire and risk bear fruit in small ways as well? I think they can. Recently, I’ve been thinking a lot about the small yet sacred ways we practice our “loves.”

Since I put my kids in school, people have asked me if I plan to go back to work. I do not, at least not in the way that I once did. At one time, I taught American History at a local university and it was a lovely job. I loved teaching and I was passionate about working with college students, listening and advising and mentoring.

During my last year of {paid} work, I was offered a position that I really enjoyed. I taught half-time and then spent the other half of my time revitalizing the university’s First-Year Experience program. I read books and traveled to meet with experts and studied quite a lot about the freshman transition to college–what makes kids stay, how to create community, how to lead students along a path of self-discovery as it relates to potential careers.

As I helped college students “find themselves,” I also began to find my own self. The irony of it all didn’t escape me.

Here I was, waving goodbye to career just as I had finally figured out what I was good at. It was a rather circuitous and backwards route toward self-awareness.

The journey continued as I became a homeschooling mom for four and a half years. Additional layers of “a-ha” peeled back as the experiences and desires of the past mingled with the challenges, activities, and desires of the everyday. I spent far too much energy trying to make sense of things like calling and responsibility, purpose and longing. I know now that all of that percolating wasn’t for naught.

In the last 5 years I’ve had another baby, taught my kids at home, taught other people’s kids, started a blog, discovered how much I love writing, worked part-time, endured crises and struggle, and settled into community in beautiful, much-needed ways.

Through all of these changes, my loves have followed me around and sometimes invited me to play. I used to swat them away or feel guilty for “wasting time.” But then I realized that the stuff I was swatting away was the life-giving stuff, the meaningful stuff, the stuff that maybe I was created to do.

Passion and vocation no longer take the same forms but they share the same essence.

Several nights ago I had an opportunity to facilitate a book discussion group at a downtown restaurant with some of my local peeps. It felt like a cooler, more adult version of my former classroom. I was rusty and a tad nervous but the evening was lovely.

My husband was with me and when the night was over, I talked his ear off until we went to bed. Oh I was downright chatty, which is the opposite of how I operate once the sun goes down. By 10 pm, I normally turn into a pumpkin, a big, silent, motionless pumpkin.

Another opportunity came my way in January. One morning a week I settle in with a small group of friends as we discuss real life and grace and letting go. I became the {very informal} facilitator of this special group and I can’t believe how much I relish my time with these women.

Truthfully, I was afraid to say yes to each of these invitations. But the loves won out and fear took a backseat. I’m so glad for that.

Life still consists of mostly ordinary. I pack lunches, buy groceries, do laundry, wipe muddy dog-prints off the floor, and shuttle kids to appointments. I go to church, make small talk, read books in pick-up line, wonder why my boys still have bad aim in the bathroom, over-think everything and sometimes take a nap. Ninety-something percent of what I do is anything but glamourous or newsworthy.

In the tiny slice that is mine, I abandon the things I “should” be doing. I say no to what’s safe, responsible, orderly, and domestic in order to say yes to the stuff I used to swat away out of guilt.

I imagine things that are beautiful.

I rearrange my furniture. And my neighbors’ furniture. {Okay, so maybe that’s domestic.}

Some of my loves involve risk and vulnerability and a bit of foolishness. Certain people may say I’m silly, that I should go back to a job that actually pays me cold hard cash, especially since I went to school for so long.

I guess I’d rather dabble in my loves cautiously and curiously for now and do it for free. It’s a season of rest and I’ve no intention of compromising that. I see my loves as worship and ministry and reward and while it’s fine to get paid for that, it’s also fine not to.

I haven’t mortgaged my house to start a pizzeria. I’m just a middle-class wife, mom, and former teacher who’s learning who I am and who I’m not. I’m becoming more confident with my “yes’s” and my “no’s.” And I’m also realizing that maybe God wants to take the stuff I’ve lived–the good, the ridiculous, and the awful–and speak through it.

Hard stuff has come my way. And good stuff too. Life looks so very different than I thought it would. I think that’s usually the case. There’s been plenty of ugly and sometimes I even talk about here. A little bit.

Only someone as creative and all-knowing as God can mix our baggage with our gifts. Only He can take the ugly stuff we’d rather forget, dust it off, and then use our loves, the ones He gave us, to sing of redemption.

But what if there is?

My friend Emily {who I’ve mentioned quite a lot} writes in the most inspiring way about this sort of thing. In October she wrote 31 Days to Change the World and oh, it is good stuff. She also wrote these recent posts: We Don’t Want Your Obligation and What to Do with Crazy Ideas. Artful, compelling reads. Check them out.

Leave a Reply to Loving Our Homeschool Cancel reply